The first release from a Chicago based Quartet featuring the two compositions by guitarist Dan Phillips and group improvisations with Jeb Bishop on Trombone, Timothy Daisy on Drums and Krzysztof Pabian on double bass.

The album begins with the title track is a Dan Phillips “Conspicuous Con”, which begins with freely played melodic content that the group improvises on until the climax of a deep grove and new melodic material and individual solos by Dan and Jeb. This is followed by “Swirling Headwaters”. This “spontaneous composition” showcases the strengths of this ensembles’ ability to create various textures, shapes and contours and blend them into cohesive composition through free group improvisation. The third track is the title track and features another Dan Phillips composition. This track features a composed intro and outro with the melody play be arco double bass and trombone. There are individual improvisations by Dan, Jeb and Tim which are interceded by a syncopated swing melody. The album closes out with another group ‘Spontaneous composition” entitled “Latent Entropy”. Once again the group really shows their improvisational prowess in creating a cohesive extended free improvisation. 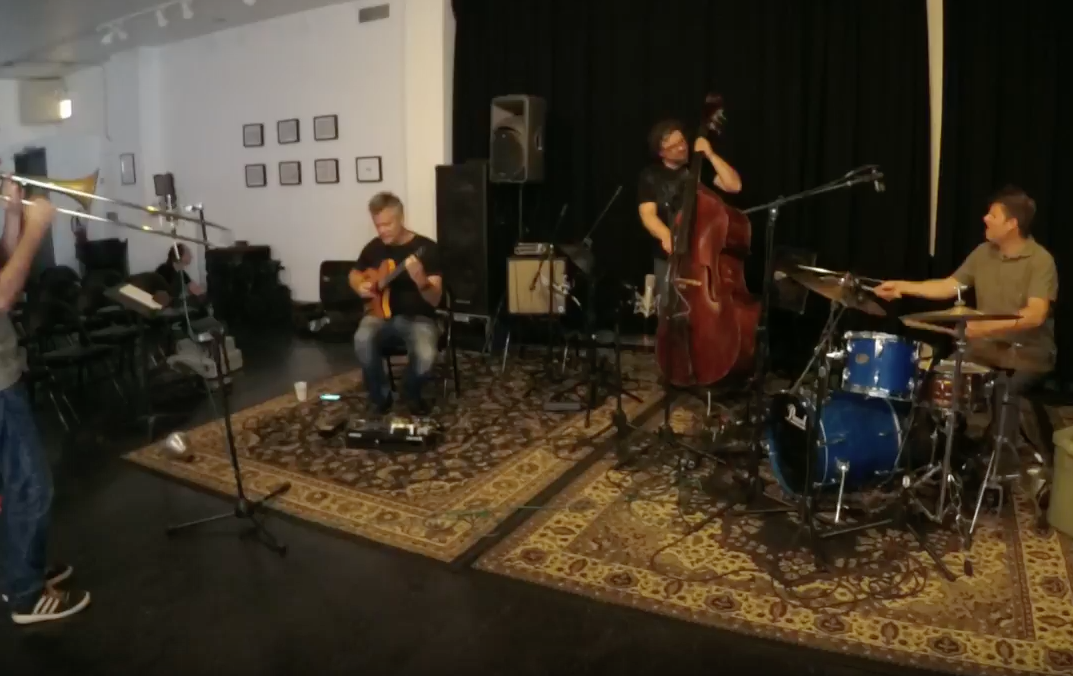 “… the improvised pieces are easily mistaken for thoroughly composed music. The sound is coherent, coordinated and is what we might dub Chicago organic. …”
Allaboutjazz review of “Converging Tributaries” 2017

“… Much in that way a storm cloud has no definite borders or concrete shape, yet possesses a presence that implies depth (and more), the quartet of guitarist Dan Phillips, trombonist Jeb Bishop, double bassist Krzysztof Pabian and drummer Timothy Daisy rain down with plenty of free jazz improvisation, but by coalescing into the occasional groove, they provide a sense of focus and direction to music that doesn’t always move that way…”
“Bird is the Worm” review of “Converging Tributaries” 2017

“… Phillips and company play with confidence. None are in a hurry to achieve any notable goal other than to add their own contributions to those of the rest of the group. Thus move seamlessly between order and chaos, with varying tone and dynamics. …”
Allaboutjazz review of “Converging Tributaries” 2017